Talk at Pomerantz Bookstore: The Spiritual Books that Helped me Shape The Wagamama Bride

Thank you for joining me here today to talk about The Wagamama Bride, a memoir about my thirty years in Japan. Surrounded by all these books at Pomerantz, I’m excited to talk about something that I haven’t discussed before, the books that inspired me during a nine-year process of writing this book, for in truth, […]

Brendan Burchard reminds us that when success isn’t enough, cherish your life!

Brendan Burchard, the author of a long list of best-selling motivational books, is big on adopting a “destiny mindset,” seeing your life as consequential, that what we do is making a difference. The more we give thanks for what’s happening in our lives daily, the more we feel fulfilled. Brendan’s research has found that daily […] 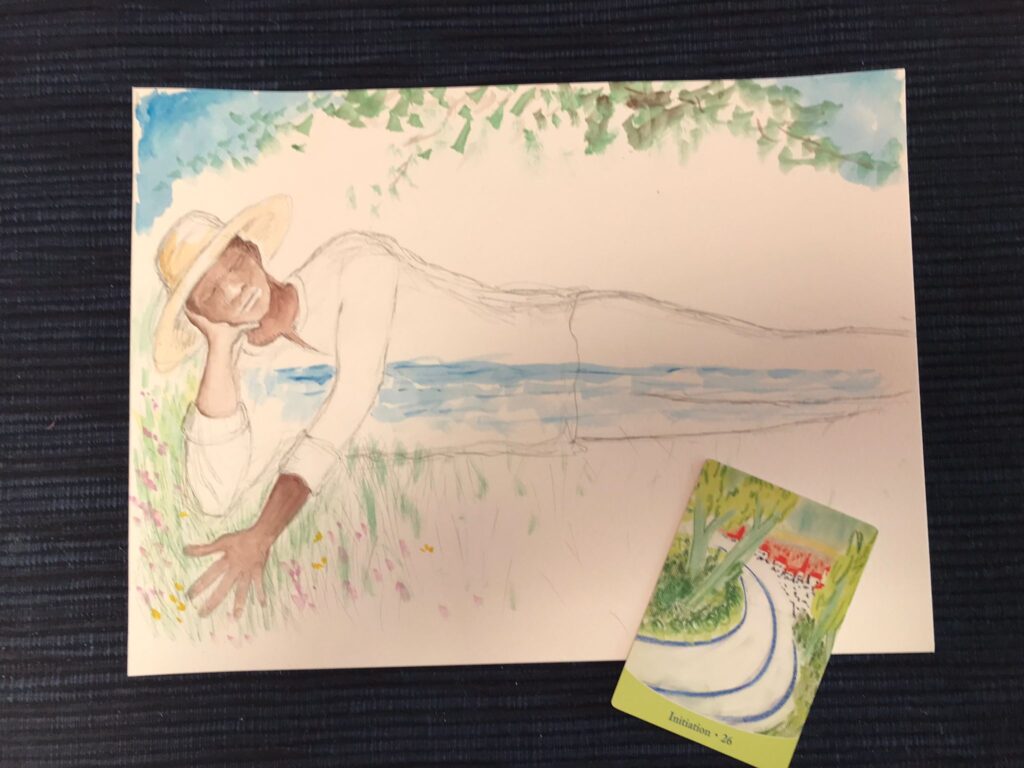 It’s the week of the summer solstice, so I thought why not read a summer-themed poem to the artists at the Saturday Genesis Art Workshop on Zoom. Google directed me to this site: https://www.poetryfoundation.org/poets/paul-laurence-dunbar, where I was drawn to Summer-time, the magnificent poem of Paul Laurence Dunbar. Little did I know that it was actually […]

Happy Chanukah from my Mother in Heaven

It’s happened once more. My mother has come for a visit. It’s been more than four years since I’ve seen her in the flesh, but she continues to stay close and prod me along. She’s been saying to me for some time: “When’s your memoir going to be published?” And I’ve said to her […]

The Prophecy in a Lego Creation

Today is my third anniversary, the day I officially made aliya and became an Israeli citizen. I love living in Jerusalem. I love the friends I’ve made and seeing how my children blossomed here, Miriam with her mosaics and beautiful friendships with other young women and Seiji with his life in an international boarding high […]

I don’t know Shara Jacobs. But her almost-love story on the Chabad.org website could have been mine. Who is Shara Jacobs? She’s a woman of undisclosed age looking back on her teenage self. It was summertime. She was in training in the Poconos to become a lifeguard,  together for the first time with non-Jews, […]

Write about your Life But No Need to Revisit It

What to do with those writing journals? With Corona keeping us close to home like never before, it’s very tempting to start digging out old journals and getting to work on your memoir. A dear friend had just that thought. The problem was that she was dreading confronting the woman of twenty years earlier […]

What’s in a Title?

The thing about writing a book is that it can take years and years, as it did in my case. October was its completion and I marked the occasion unceremoniously because, in truth, there’s a sense of double sadness. An eight-year process was over and life needed to move on. But on the other […]

From the Private Journals of Alex Singer

I ask myself as a writer and artist, what is it about the combination of “arts and letters” that is so powerful? Why is it that when we see words next to a work of art by the artist, we are comforted in knowing that a level of intimacy and honesty is being offered that […]

For nearly twenty years I was a regular visitor to the Chabad House of Rabbi Binyomin Edery in Omori, Tokyo. Never in my wildest dreams, as I walked there along  German Dori, which means German Street, did I realize that Nazi secrets were hidden within plain sight. Stately European-style houses should have given me a […]

Thank you for visiting my website. I’m in the process of updating and adding new features that introduce you to my twin worlds in Jerusalem now (top picture) and where I raised my children in Tokyo (bottom).